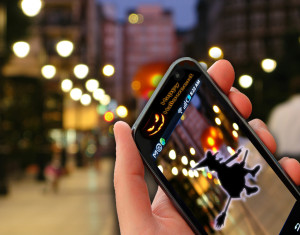 I read an interesting article today from eWeek with the heading: “Mobile App Developers Should Keep Their Apps Free: 10 Reasons Why.” The app market is evolving and there is also quite a bit of confusion of the definition of the app market. In my books, it is a change in architectural models and a new way to consume information. An example is the app model for SharePoint 2013 and how Microsoft suggests new generation SharePoint apps should be built. In Microsoft world, app development can be more than just developing apps for Windows 8 and Windows Phone 8, it could be apps that are consumed from Windows Azure using SDKs (Software Development Kits) which have native support for iPhone, Android and Windows Phone 8. The user experience is delivered to different devices from the same service using consumable APIs; the service needs to be consistently delivered across any device.

It is also interesting is that a successful app store is not always the best for developers, as your solution can’t really shine among the 50 others occupying the same space. eWeek states that Apple’s App Store has become saturated as there are 1 million apps and each day there are new apps developed, both good and bad. This saturation has also led to app developers to design free apps  and then revenue generation with in-app (IAPs) purchases. According to a recent Distimo report, 76% of all US Apple Store revenue is generated from IAPs.

The ten recommendations for App development:

We conclude that app developers should really focus on what type of business model they want to apply in every individual case. I would also want to encourage app developers to look for new ways to gain more exposure and one of them is to build for App stores where they will enjoy more visibility.