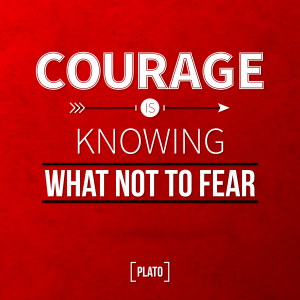 Fear of failure kills innovation and if you have been in the business for a while, I am sure that you have seen this happening in an organization that you worked in or one of your clients that you have serviced. Nokia used to be a company that everybody knew and their market share in mobile phones was staggering. The fall of Nokia phone business was also staggering. The market value of Nokia declined 90 % in just six years. We need to keep the current Nokia business (is doing extremely well) as a separate business, this discussion has to do with the phone business that was sold to Microsoft in 2013.

Many of us have worked with Nokia in some shape or form, earlier in my career I was building executive information systems dashboards for the upper management and later I was Chairman of the Board for a Nokia subcontractor that helped with software development.

Since the fall of Nokia, there has been numerous books and articles of potential reasons why Nokia went down so quickly and why their business model failed. A recent academic study highlights some of the potential reasons based on 76 interviews of former Nokia top and/or middle management. This Insead study (with collaboration with my own school and alumni Aalto University)puts most of the failure to inability to “carry the bad news” to the upper management and the fear of being the messenger that will either get one fired or demoted. The study is fascinating from an academic perspective and provides some background to many things that the press and people that know the company have been pondering about. I am sure that there will be also people that do not accept what is said in the study, but I am sure that 76 interviews give at least some guidance what happened and the schools that conducted the study are well respected (subjective of course to Aalto University as I was graduated from the school with my Ph.D.)

The upper management also got continuous optimistic signals from the field even if these signals were based on information that was not true. The organization was paralyzed according to the article and even if everybody saw that Apple is taking market share from Nokia, the company was not able to execute or put realistic expectations to its product development (like MeeGo and Symbian) which led to a vicious cycle that Nokia never got away from. Eventually former Nokia chief Stephen Elop came out with this famous “Burning Platform” memo which was the beginning of the end for Nokia phone business.

The reason I bring this case to my readers is due to the importance of avoiding fear and bullying especially in creative organizations that work with new generation solutions. Fear does not drive the right type of behavior, never has and never will. People need to be able to fail in their work and organization culture needs to be transparent and based on facts, not on wishes or what the employees think the management wants to hear. When the culture becomes “sick”, it is hard to change the direction as every step based on wrong assumptions takes the organization deeper in its own belief of greatness and eventually the bubble will burst.

We need to keep in mind that Nokia is not the only company that has suffered this kind of faith, there are many examples of companies throughout the years. It is amazing how quickly an organization can lose its market position unless it is not reading the signs of the market and creating solutions and products that people want to buy. There is not such as thing as sustainable business model unless the organization is not validating its business model on an ongoing basis. I have had the opportunity to work with hundreds of organizations and their business models. Especially with organizations that have been around for a while, a change in business model is not only challenging, but causes changes in each and every function without the organization.