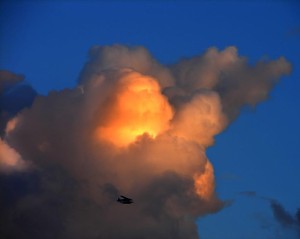 Selecting a cloud vendor and committing to its services is typically very easy. There is lots of vendors in each category as cloud is becoming defacto standard in many areas such as cloud storage. Today I read an article in Channelnomics about Nirvanix failure in the enterprise cloud space and its impact on customers. What is interesting in this case is that it seems not to be just a failure of business model, but it is the impact of commoditization that is happening in the space. In this case, IBM was an important partner for Nirvanix, but IBM decided to spend 2 Billion acquiring SoftLayer Technologies, Inc whereby Nirvanix became obsolete in the eyes of IBM according to Channelnomics.

What can we learn from this? I think one lesson is that channel partners are often at the mercy of the software or service provider. In the case of Nirvanix, channel partners are given 2 weeks to find alternative storage location for its clients. That is not much time, specifically when we are talking about enterprises and enterprise storage. Large organizations just don’t move that quickly. The second lesson is definitely commoditization in the space. There are too many of the “me too” that want to be in a hot space but lack the funding to be successful. It is enough to see the battle in the Infrastructure- as- a-Service (IaaS) to recognize that there just are not that many slots to be taken at the end of the day. The ones that will be successful are the ones that have the money to spend. It is a marathon of feature- and cost comparison. The channel partners that sell value are often melded into the same group and have hard time to differentiate themselves.

The Channelnomics article reports that there might be some valuable patents in the Nirvanix portfolio, but that does not help the customers that are now without storage space for their enterprise data. I am sure that there are quite few enterprise storage vendors going after Nirvanix customers and channel partners and this is of course they way it should be.